Automated tournaments are public events. Be aware that you may be spectated or streamed while participating.
—— game 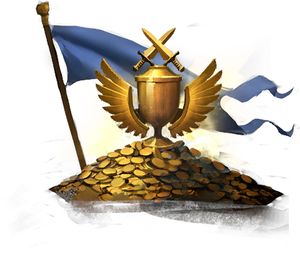 Automated Tournaments are team-based PvP events, and can be joined by any party meeting the size requirement. Teams fight for a variety of rewards and Qualifying Points for entry to an end of month tournament with unique and valuable prizes. Tournaments use the Swiss format, in which the number of rounds played is determined by the number of participating teams. At the end of the Swiss rounds, the top teams compete in a single-elimination bracket. Higher placements grant greater rewards. 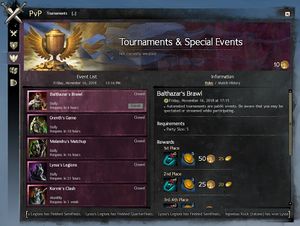 Rotation of the First Place Gizmos